I had a fantastic time at KWST3 this year. There were a lot of firsts for me. The first time I was in New Zealand, the first time I had been to KWST and the first time I met Brian Osman, plus a whole heap of other testers.
I don’t think I’ve been to such a learning event for a while. It was truly a place of inspiration, introspection and challenge. Brian and Colin have already written about their thoughts and I will add mine too in a different post, but first I want to talk about Robots. Oliver asked me to bring over by Big Trak Robots after seeing them in action at CITCON in Sydney.

I split the group into two teams and set them a testing challenge, which involved running experiments in order to determine one of the buttons. What ensued was an hour of fantastic learning, mostly for me, as I watched a group of highly skilled testers apply their minds to the exercise. The testers did some really interesting work. One team started performing fairly complicated tests, which turned out to be a real blessing for them. They then made a model of the functionality and made a hypothesis on what the solution might be. Team Two took a different tactic. They started with simple tests (a common focusing technique and one I often use) but the tests didn’t offer enough information to the testers. In the debrief that followed at the end, we had a discussion about how though simple tests are quick and easy, sometimes they fail to offer sufficient and meaningful information. Team two, recovered by defocusing and both teams offered their solution. There’s so many lessons to learn from this exercise, and depending on the group, different lessons are learned. This was one of the most enjoyable times I’ve run it, I think because the testers were skilled and could apply themselves with confidence. They also were very self-aware and so debriefing was more about letting the testers volunteer information than asking probing questions. Or maybe I’m getting better at handing over the learning to those really in charge.

Andrew Robbins and Richard Robinson are running the test lab at Tasting Lets Test and the Robots are going to have their moment in the spotlight there too! See you all there!

In two months to this day, I will be giving my tutorial on Career Management for Software Testers at CAST 2011, in Seattle, USA.
Any self respecting software tester has asked themselves at least once in their career. “Where am I going with all this?” or “Is this role really where I want to be for the next x number of years”?

If you look around, its traditional* to think of a software testing career path as follows: 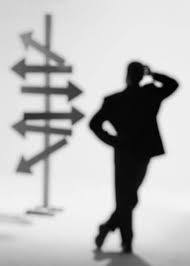 [quote style=”boxed”]At entry level as a Tester, you’ll primarily be performing test execution and acquiring niche skills to ensure systems meet performance standards required by the business and end-user.
Progressing to Test Analyst and then on to Senior Test Analyst, you’ll work on more complex scenarios, become involved in requirements analysis and test case design as well as execution. As a Test Analyst you’ll also be able to become involved in the specialist areas of Test Automation and Performance and as a Senior Test Analyst you’ll start taking responsibility for junior staff.  [/quote]

I think that’s a real shame that the role of  Test Manager is considered the pinnacle of your career. Why is it that in order to advance your career you have to be seen to me leading people?

So, I want to show testers that there are other career paths. In my tutorial we’re going to take a look at some of the typical roles testers in testing;  That of a tester specialist, a test manager and a test consultant.

But you won’t have to listen to me share about it, I got some fantastic software testers who have agreed to come in a share their own personal experiences. Karen Johnson (Test Consultant), Fiona Charles (Test Manager) and Markus Gärtner (Software Tester) will be available to discuss the pro’s and cons of their respective roles and understand what skillset you may need to get perform these roles.

I’m looking forward to giving this tutorial. Why not join me at CAST 2011? There are still some spots available.

Firstly, apologies for the terrible play on words, its got to be one of the worst pun ever! Put it down to a lack of imagination.
I’m going to be busy at CAST 2011 this year as not only am I attending but I’ll be holding a workshop and a track session.

The 1/2 day workshop is on Career Management for Software Testers and the  track session is on Skype coaching.

You can find out more about the details about all the tutorials here and the track sessions here. There are some great talks on this year and I’ve earmarked a few, hopefully there not on the same time as me!

Any tester who is serious about testing needs to consider going to CAST. It’s a conference that you will not forget. Trust me.

I had the opportunity to go to CAST 2010, sponsored by the software testing club and I wrote about the experience here and here

Its been six months since then, and on reflection, going to that conference wasn’t an event but more a catalyst to learning and experiencing more about testing.

Rebecca Fieldler has on her Skype profile the following quote by Will Durant: ” Education is a progressive discovery of our ignorance.” and I think that sums up nicely my feelings on CAST. It wasn’t so much what I learnt, but the realisation on how little I knew.

Since then, I’ve made a real effort to up my game. My book library has exponentially grown and I’ve even read some of them!

I made a commitment to myself at CAST 2010 to start speaking a conferences.  I’ve spoken at a few conferences since then, and speaking at CAST 2o11 is like coming full circle on that promise.

I’m also making more of an effort to keep in touch with other testers I met at the conference, people like Karen Johnson and Fiona Charles.

So, you see, what I mean when I say catalyst!

I hope to see you there,

Update: If you feel its the right time for you to start speaking at conferences, CAST is offering an emergent session run my the indominatble Matt Heusser. You can get all the details on this blog