One thing that I get occasionally complemented on is my writing. People write and let me know how they appreciate my writing style. 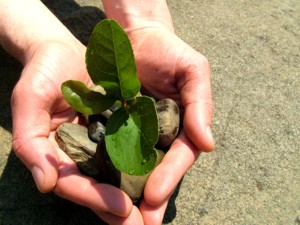 Initially this suprised me, because I do not consider myself a naturally gifted writer. In fact, quite the opposite.

Reading and Writing was always a bit of a nightmare for me. I had an elder sister who was extremely talented when it came to English. She naturally ‘ate’ her way through literature and flew through reading the Famous Five whilst I plodded through the Secret Seven. Its not that I couldn’t do it, but I could never do it as well as my older sister and that pained me.

Come secondary school, though proficient in English, I still had this niggling sense of inferiority, exacerbated by the teachers at school who consistently expected more from me, “because my sister is so good….”.

Funnily enough, my essays reflected this skewed view of my own ability.

So I did what I normally do when faced with that type of scenario.

Its a strange old world, and the clock turns around and for one reason or another I started blogging about testing.

Me? Writing? My totally creative family were to say, slightly suprised.

But, I’ve been blogging for about 3 years now and it looks like I’m not that bad at writing after all.

And I am proud of this turnaround, in both my writing skill, and my awareness of my ability. Its demonstrates to me, what I can do if I just give something a go.

In fact, I have been asked and I’m in the process of contributing  to a book on testing, as well as collaborating with James Bach on a book on IM Coaching.

Its a little victory, but I think an important one.

From Little Things Big Things Grow is based on the story of The Gurindji Strike and Vincent Lingiari. It describes how the Gurindji people‘s claim sparked the Indigenous land rights movement. The protest led to the Commonwealth Aboriginal Land Rights (Northern Territory) Act 1976.

The Act gave Indigenous people freehold title to traditional lands in the Northern Territory and the power of veto over mining and development on those lands. In 1975, 3,236 km² of land was handed back to the Gurindji people.

I liked this part:
¨So I did what I normally do when faced with that type of scenario.

I usually do that.

Yeah, I don’t know if thats a ‘good thing’ but its what I tend to do.

Thank you for this article, it gives me hope.
Writing has always been my Waterloo. My wife’s writing and is a person of “The Word” (not the capitals here). I only started blogging less than a year ago so I’m positive that, in time, I get somewhere halfway decent.

Let me add my name to the list of people who appreciate your writing style. I find it professional, thoughtful, sometimes emotional with added humour, it’s always enjoyable to read.

Thank you for not giving up.

Thanks Thomas, I appreciate your kind words.
To be honest though, it never occurred for me to give up. It just surprised me when, one day I realised, “Hey, I’m not that bad at this !”.

At first I was astonished to stumble across what seemed to be an ‘Irish’ based blog on testing that was quoting Australian Native Title/Mabo legislation. I thought it to be a bizarre link, I now see your place of business is Australia – so maybe not so bizarre. The struggle for Native Title or Indigenous Land Rights is far from over, it seems never ending. Maybe there is a comparison to writing. It seems there is always a relapse to old ways and a persistent swing away from the agreed process. It is rather like testing/QA in Corporates, everyone agrees the process is right, they even sign the documents, when the decision needs to be made they cry poor and suggest that the old ways are more expedient to get a result.
In the end it’s about the message, weakening the message or allowing the message to be diluted by not promoting or supporting it will allow the old ways to return.

Hi Anne-Marie,
Congratulations on working on your writing via the last three years of blogging.

Best of luck collaborating on a book with James – are you keeping a journal of that process?

Are you using a writing process adapted from Jerry’s “Field Stone Method”?